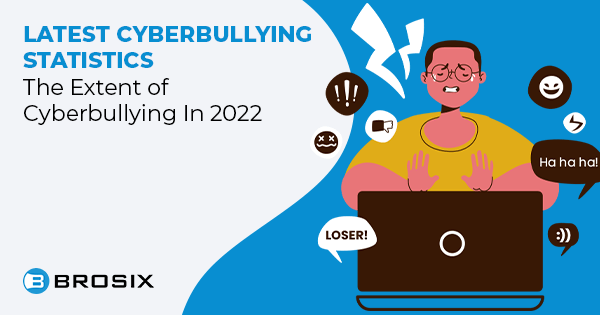 The internet was probably the greatest invention of the 20th century, opening so many new doors. Thanks to it, people are able to connect, work, access education programs, and much more with extraordinary ease.

However, the widespread prevalence of social media platforms, especially over recent years, has also brought some serious reason for concern.

With the disappearance of barriers imposed by physical space, people are enjoying a form of freedom that can sometimes have a more negative than positive impact. One of the greatest issues raised by online spaces is the rise of cyberbullying.

Cyberbullying is a serious issue increasing anxiety among children and teenagers nowadays. In an attempt to raise awareness on this matter, we’ve highlighted cyberbullying’s negative effects through a list of 25 cyberbullying statistics. 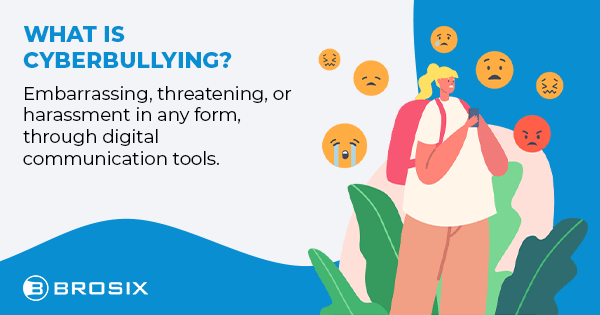 Cyberbullying is: embarrassing, threatening, or harassment in any form, through digital communication tools. Regardless of the digital technologies used or the nature of the words expressed, any interaction involving harmful, false, or mean content towards someone can be seen as cyberbullying.

The most common cases of cyberbullying reported by victims globally are: 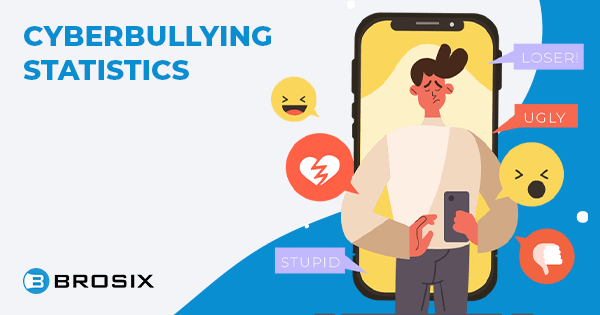 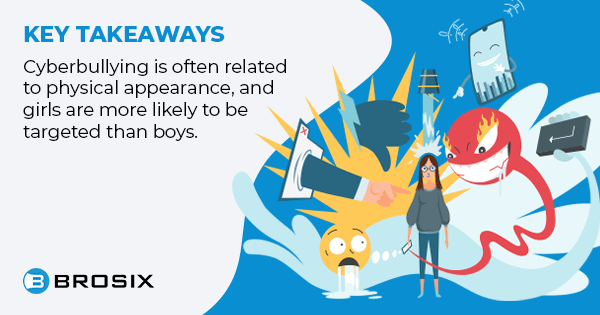 Reports suggest that the focus of cyberbullying is often related to physical appearance, and girls are more likely to be targeted than boys. Other frequent motives for attacks by cyberbullies are race, sexuality, socio-economic status and religion.

In a subtle way, some big global brands have joined the fight against cyberbullying. This effort to create a sense of belonging for everyone, diversity and inclusion can be better understood by analyzing some marketing and PR initiatives launched in recent years.

A good example of this is the TV ad Starbucks launched back in 2019 – “What’s your name?”. Through this marketing campaign, the brand showed support for the LGBTQ+ community, which faces particularly malicious cyberbullying, as the stats have indicated.

Indeed, the main objective of the video was to position Starbucks as a warm and open brand, but there’s much more to it than first meets the eye. This campaign also endeavored to raise awareness about the importance of acceptance and understanding.

In the end, this is a lesson about each individual’s worth and importance in the world, regardless of gender, skin color, religion etc.

These kinds of initiatives can be seen with other worldwide brands as well. Just to name a few – Apple or Nike are among them.

Need a boost of energy and inspiration for your workday? Here are some productivity quotes to help!
45 Productivity Quotes to Give You the Motivation You Need to Conquer a New Workday

4. How to help prevent cyberbullying? 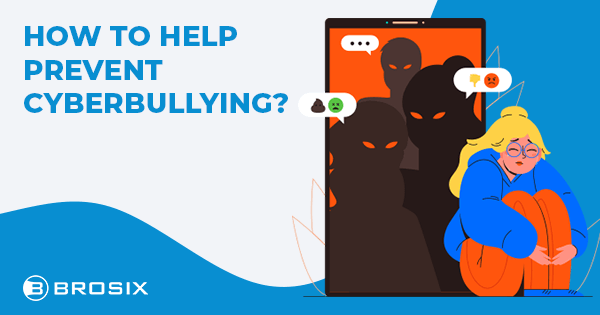 We only have the power to control our own individual actions, however, we trust these tips will still be helpful.

Being there for friends and family is a good start. If you know that someone is being cyberbullied, encourage them to speak up and share the issue with higher authorities.

Blocking bullies is one of the most effective ways to stop cyberbullying on a personal, one-on-one level, which victims have the power to do. Victims of cyberbullying should remember that bullies are often unhappy in their own lives. The more energy and importance given to a cyberbully, the more control they have. Without any response bullies are likely to lose interest.

These statistics about cyberbullying should inspire initiatives to fight against it more fiercely.

Currently, some states and institutes have tried to take different actions against online harassment. Granted, this is a step in the right direction, however much more needs to be done to stop this online bullying, as we can clearly see from the stats that rates are continuing to rise.

Although kids and teenagers are the primary targets of cyberbullying, it is also present among young adults.

Unfortunately, with increased consumption of social media, and new platforms appearing all the time, the challenge of keeping cyberbullying under control grows.

However, everyone who tries to fight cyberbullying, at least on a personal level, is helping to an extent. Of course, participating in dedicated initiatives and collaborating with specialized institutions that fight this dreaded phenomenon is even better and highly recommended.

Andreyana Kulina is a Digital Marketing Specialist at Brosix, specializing in Content marketing and outreach strategies. Besides her passion for digital marketing, she likes hiking and mountain-biking. 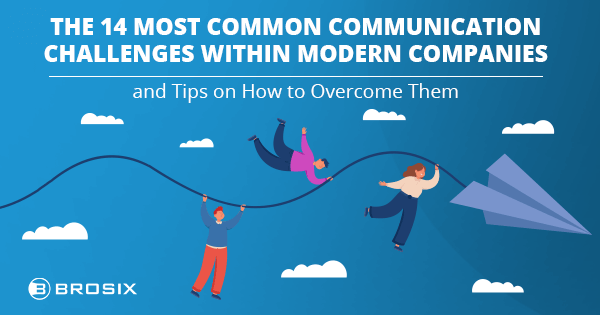 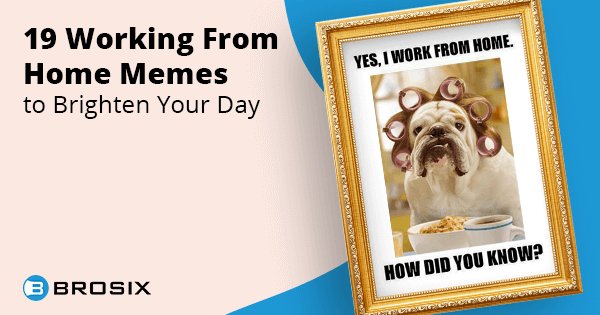 19 Working From Home Memes to Brighten Your Day 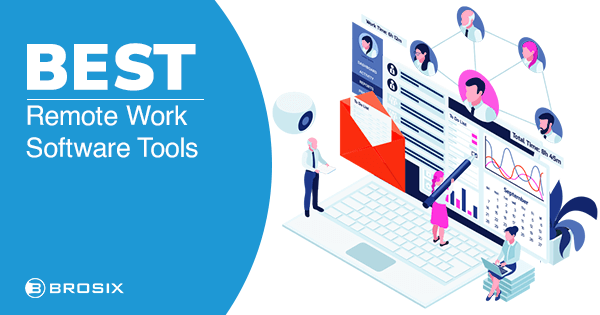 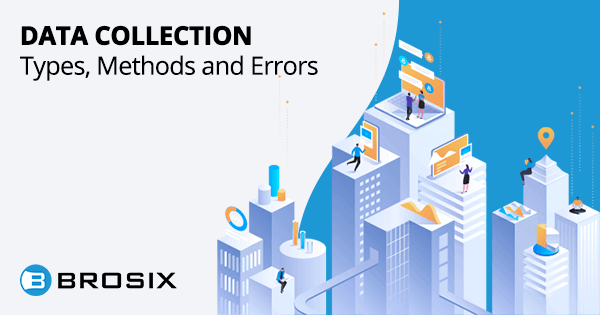 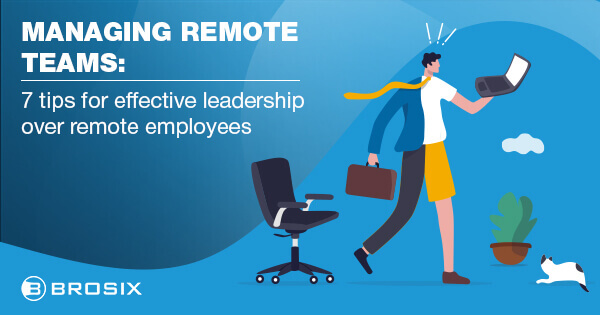 The COVID19 pandemic has brought many changes in our lives; there’s no doubt of that. However, we have to admit that they weren’t all so bad....
February 28, 2022 Andreyana Kulina
Popular Posts
Improve Your Team Efficiency