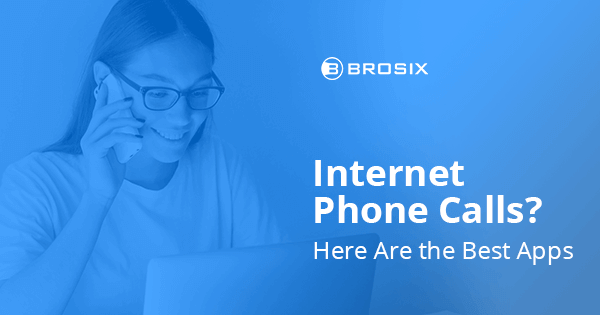 Technology is changing the way we communicate. Today, instant messaging is playing a crucial role – offering communication channels that are more effective than email and even replacing the need for traditional landlines telephones.

One thing’s for sure – as business communication becomes increasingly global – security and reliability are top priorities when searching for the best calling app. In fact, 86% of consumers require security from their VoIP service provider, while 85% expect reliability.

Whether you’re using a PC or an app for your phone calls, calling another dedicated user or even a landline phone, these are the best apps to make internet phone calls. 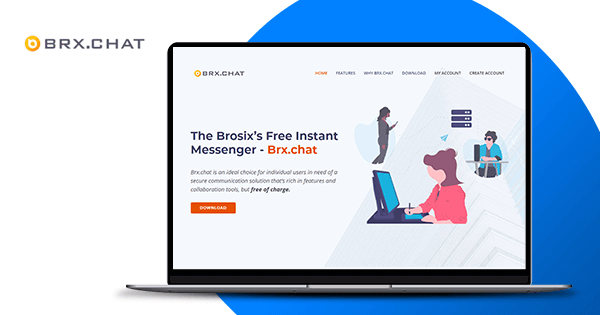 Chatox is one of the best apps to make internet phone calls. Is that because it’s powered by Brosix? Of course! But not only that. How many other apps for calling afford you unlimited size file transfers, a native whiteboard solution, co-browsing capabilities, and screen-sharing? Go ahead, we’ll wait.

With Chatox you’ll get high-quality voice and video chat on a free-to-use and user-friendly platform. You also get real-time text chat, group chat rooms, and the rich feature stack we alluded to a bit ago. Better yet, all communications on Chatox, including calls, take place over fully encrypted, peer-to-peer channels.

It all makes Chatox not only a great free calling app, but a highly secure solution rich in features and collaboration tools. Check it out!

But what if you’re a team in need of a solution that’s tailored to your organization’s needs, but capable of ensuring teamwork and communication? That’s where Brosix comes in.

Give Brosix a try and drive your business today!

WhatsApp is without a doubt the most popular app to make free online calls.

To get started, you just need to confirm your mobile phone number. WhatsApp then syncs your contacts so you can see which of your friends are using the app. Once synced, you can call your WhatsApp friends straight from the app wherever they’re located, using your internet connection instead of your phone plan’s limited voice minutes.

With WhatsApp, you also get the ability to send instant messages, chat in groups, as well as share your location, videos, photos, and other media. You can also make video calls. There are desktop and mobile versions, but both you and your call recipient need the app to make calls.

Viber is an increasingly popular platform to make online calls. The free mobile calling app offers desktop and mobile versions and supports seamless calls and communication between the two.

Once synced with your mobile phone number, Viber combs your contacts to find other Viber users. Developed by a former member of Israeli intelligence, Viber offers end-to-end encryption on all calls, texts and group chats, as well as photos and files sent on the app.

For a fee, Viber Out lets you subscribe to Viber for a local number in various countries that you can use to call non-Viber users as well as receive calls and texts. 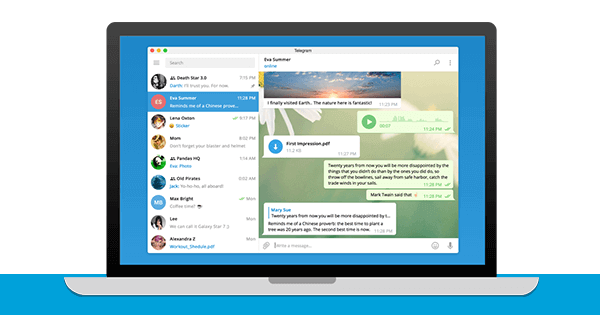 Telegram is another internet phone app that’s growing in recognition. Telegram allows you to call for free other Telegram users, as well as send text messages one-on-one and in groups.

Telegram is available on desktop, mobile, and web versions. You can share unlimited photos, videos, and files. Telegram features are available anywhere you log in and you can even make internet calls through the web. Cloud-based infrastructure lets you sync messages between multiple devices.

Telegram has risen in popularity for a few reasons. For starters, it’s client-side code is free and open-source. Telegram also offers encryption,. But keep in mind that Telegram doesn’t encrypt chats by default. Secret chats and voice calls are encrypted end-to-end, but the former have to be manually turned on. That could lead users to a false sense of security.

If Telegram isn’t for you, the other apps on this list should suit you fine. Or try one of these capable Telegram alternatives.

Vonage is one of the best VoIP apps to make online calls. To access Vonage, you’ll need to sign up for any number of plans that start at $14.99. Plans cater to individuals, small and medium-sized businesses and large enterprises.

With Vonage, you get reduced rates to international landline phones and mobiles. Once you sign up you’ll get a Vonage box which you’ll connect to your router and phone. You’ll then get voicemail, 911, call waiting and forwarding, and even access to weather and traffic information. For a fee, you can add another line or a fax, for instance.

The mobile app syncs your existing contact list and Vonage users will appear in a dedicated section of the app. Anyone can sign up for Vonage, but if you want to use it on mobile you’ll need to be an iOS user. 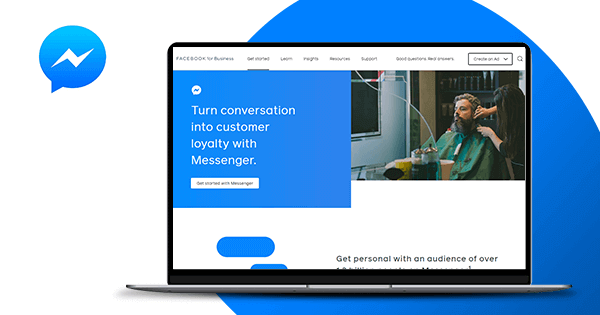 Facebook began life as a social network to connect students on university campuses in the U.S. Not only has it become the most popular social media platform, but you can also use its Messenger app to make free online calls.

To make a call on Facebook Messenger, both users need the Messenger app. Messenger automatically syncs with your Facebook friends, so it’s easier if you and the other party are friends there. Or you can search for users through the search feature.

Messenger doesn’t support phone calls to landlines, but you can make free internet phone and video calls desktop to desktop, desktop to app (and vice versa), and app to app. Messenger works from any web browser.

Google offers a few internet phone apps to make free calls. One of those options is Google Voice. With desktop and mobile versions, you can call desktop to desktop, desktop to phone, and desktop to landline. Google Voice is more than that, though.

By allowing you to route incoming calls to a free phone number provided by Voice to any other phone you have, Google Voice helps you manage the phone numbers in your life. What’s more, you also get SMS messaging, conference calls, and free voicemail capabilities.

That said, free calls can only be placed to the U.S. or Canada. And Google Voice limits calling time to three hours.

Another option from Google, Duo takes a no-frills approach to internet phone calls. With Duo you get audio and video calls and that’s it. No instant messages. No collaboration tools. Just online calls.

Google Duo is user-to-user only so there’s no possibility to call landline phones. Your Duo contacts are listed first. All other contacts follow below with an invite option next to them. Like Google Voice, Google Duo can be used via the web, Android, or iOS.

When it comes to making free internet calls, there’s no bigger name than Skype. Born in 2003, it’s one of the original internet calling apps.

With Skype, you can make user-to-user phone calls from both desktop and mobile. You just need to create a Skype account and then you can search the public directory for contacts using their phone number, email address or specific user name.

What’s more, with the purchase of Skype credit, you can call landline phones and send instant messages at reduced rates. You also get screen-sharing, file sharing, and video calls – making Skype a versatile option for your internet phone calls.

For teams, Skype offers a business-oriented alternative, Skype for Business. But Skype for Business is nearing its end of life. If you’re looking for a team communication tool that includes phone calls, consider Brosix! Brosix is a secure team messenger featuring fully encrypted voice and video calls. Try it today!

TextNow is a free calling app that gives you an actual phone number to call and receive calls from other users. For the latter, you’ll need to buy or earn redeemable credits.

In addition to being able to call for free, TextNow lets you send instant messages, even while actively on a phone call. You can also share photos, drawings, emojis, and your location.

To set up TextNow, all you need is an email address. That means TextNow works with devices like Kindle. You can also customize the voicemail greeting, set different alerts for different contacts, and get email alerts when you get messages.

TextNow also keeps track of your call history, which you can access on multiple devices simply by logging into your account.

Believe it or not, there are many more apps for making internet calls. Hopefully we’ve helped you narrow your choice! At the end of the day, you need to consider:

There are many benefits of instant messaging, including the ability to make internet phone calls. If you’re having trouble settling on a solution, try Brosix! It’s a highly capable and customizable solution for encrypted phone calls, messaging, and teamwork. Try it today!